My colleague, pal and all round superwomble Tim Worthington has a really good podcast titled "Looks Unfamiliar" which I'm proud to say I've been a guest on a few times. For the current edition Tim has taken some old podcasts of mine - "Talk About The Passion" and "Cult Bin Corner" - with a film theme (video nasties and Godzilla amongst other tidbits) and smooshed them neatly together to make the following special show:

Or click here for the more direct links and subscribing, which you really should do.

This movie 'memberin' is rather perfectly timed for me as this afternoon I took possession of the first printed copies of my new film trivia book "The Long Quiz Goodnight" which I'm happy to say you can buy right now!

Its a fun, quirky collection of rounds about all things cinematic and linked to the big screen from great opening lines to the final credits.Plus:

- Probably definitely true facts about Bill Murray, Bette Davis, Tim Cruise and John Wayne;
- What the censors cut from your favourite flick;
- The weirdest cameos committed to celluloid;
- Hoo-Ray For British Films!;
- A tribute to the biggest Box Office Bombs;
- Which movie myths are actually true and which are a load of old tut?;
- The best film deaths;
- Remembering Neon and the great movie magazines of the 90s;
- a foreword from comedian, podcast man and trainee Ghostbuster Paul Gannon from Cheapshow, Barshens and Digitiser: The Show.

If you like my writing and this blog, consider getting yourself or a loved one a book. They're not in the shops and better than any socks this Christmas. OK, maybe not the alpaca ones as they're boss but still...um, buy it? Ted Danson insists! 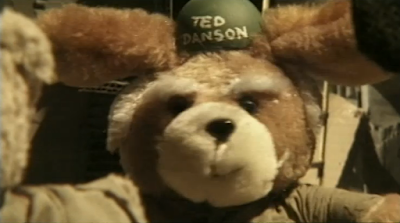