Looking Back At 10th October

"The stars of the silent comedy screen introduced by Michael Bentine from the National Film Theatre, London"

Another one of those "blimey, that's in the slot you'd have Masterchef or Paul O'Grady's Cry At Some Dogs now!" picks in which the former Goon and "Potty Time" presider Michael Bentine presented black and white films without commentary. This particular edition is brilliantly titled "I Moustache you to take off that Moustache" and is literally about old clips where the people have moustaches - amazingly, yes, Charlie Chaplin was heavily featured. Footage remains elusive today although probably exists on a rusty old film canister somewhere thanks to the programme being co -produced by famous comedy hoarder Bob Monkhouse via his production company Mitchell Monkhouse Associates. Monkhouse had already produced a very similar programme "Mad Movies" for the other side. A few years later he'd be visited by the Serious Crime Squad who confiscated his 16mm collection leading to a landmark court case in which it was legally decided that people could own 'copyrighted' material if only used privately for personal entertainment, and not for profit or gain. By this point the first video machines were already being released in Japan and soon everybody would have their own stash of tapes, just like Bob's. 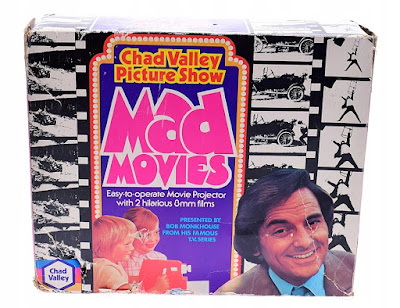 6.15pm A Chance to Meet Father Hugh Bishop (BBC One)

"Superior of the Community of the Resurrection, Mirfield: an Anglican community of priests and laymen involved in pastoral and educational work at home and overseas." 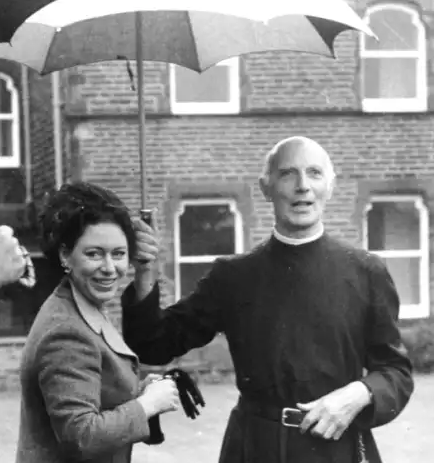 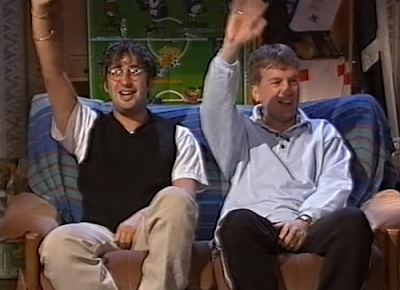 "Alastair Burnet heads into night-long action again the team who were first with the right prediction (and fastest with the results) of the February election. David Butler explaining the detail behind each result. Graham Pyatt interrogating the computer as it instantly relates each vote to the national trend. Robert McKenzie keeping the score and Robin Day interviewing the winners - and the losers." (BBC)

"Peter Jay, economics editor of The Times, chairs an ITN panel of leading politicians, trade unionists and business executives. They includc Lord Hailsham, Lord Chancellor in the last Conservative Government, Robert Mellish, Labour Chief Whip, and Jo Grimmond, former leader of the Liberal party.Peter Snow reports regularly on the trends as they are spotted by the ITN computer and displayed on the VT30." (ITV)

Burnet on the Beeb and Peter Snow doing his technical wizardry on ITV? What kind of crazy year was 1974!?!? Well, one with two general elections for starters, thanks to a hung parliament at the earlier February vote, leading to a second ballot in which Harold Wilson's Labour Party squeaked in by just three votes. But what about the telly? Well, BBC won automatically by only going off air at 4am to ITV's 3am at a time where TV general conked out around midnight. The Beeb also had the finer warm up programming with a first run episode of "Porridge" ("Men Without Women")  before the final regular edition of "Steptoe and Son" ("Seance in a Wet Rag and Bone Yard") at half 9. ITV would go a little more highbrow with a post-polls closing edition of "This Is Your Life" dedicated to disability campaigner Jack Ashley, the UK’s first deaf MP. 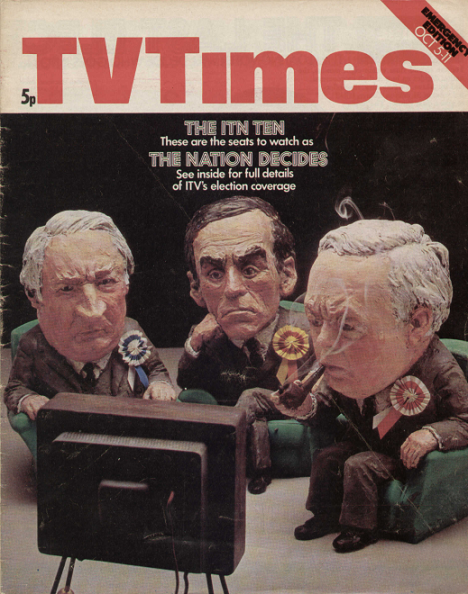 "On Riverside this week studio music is provided by Paul Haig. Mike Andrews visits the Hacienda Club, Manchester for a chat with New Order and comedy from yet another Edinburgh festival success John Sessions of whom the press said 'Mr Sessions is a satirical mimic of the first order and a very fine actor to boot'..."

A now mostly forgotten pop'n'youth prog which is pleasingly well represented on YouTube with performances from a lot of the decade's best bands. Ex-Josef K man Paul Haig's performance is here (sadly in rotten quality) whilst the interview with Manchester's most lovable shits, The New Orders has been heavily bootlegged due to their keen fanbase. The same can not be said for the John Sessions fans though and the appearance by the then 30-year old John Gibb Marshall will have to exist purely in your minds. And I bet whatever you're thinking he did, that's exactly it.

"Ranked as America’s No 1 talk show, this new series from the States features actress Oprah Winfrey as the bright and bubbly host. With a panel of guests and a lively studio audience, Oprah candidly discusses anything from husband bashing to the girl next door. She asks the questions we want to ask — if only we dared." 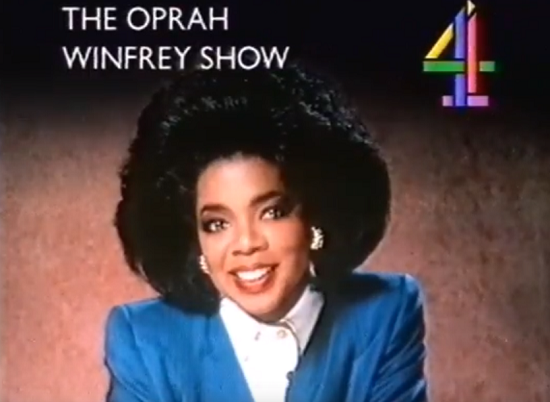 An oddly late night appearance for a chat show that was making a lot of headlines at the time, fronted by one of the Oscar-nominated stars of the recent Spielberg film "The Color Purple" Oprah back when she was just a human and not the trillionaire golden god of all television ever. The show didn't lats long in this slot but would be a regular afternoon feature on Channel 4 before BBC2 and later Channel 5 snatched it. The programme continued until May 2011 whereupon Oprah needed her very own channel - OWN - to branch out. Back in 1988 though, she would have it out with some of the biggest creeps around - wife-beaters, rapists and whatever this prick is meant to be...

"The first in a new series of short films parodying educational programmes from the late 1970s and early 1980s tackles the basics of mathematics and numerology. Producers: Robert Popper and Peter Serafinowicz"

A brilliant show that was never quite allowed to be a cult, due to some serious online hyping ("Little Mouse for Christmas No.1" anybody?) and the swift release of a DVD. There's loads to enjoy though with the references to old schools programming being really spot on right down to the music which was made by Popper and Serafinowicz, who himself was already too well known to comedy fans for this to believable as a real old show, themselves under the moniker "Gelg". Being placed before the patchy third series of "The League of Gentlemen" meant many saw it whilst tuning in early for the latest unhappy adventures of Royston Vasey.

And if you liked all this, maybe you would consider supporting the site and buying one of my books? Thanks potential buyers. Thpotentialbuyers.